How Often Should I Drain my Water Separator Filter in Winter? 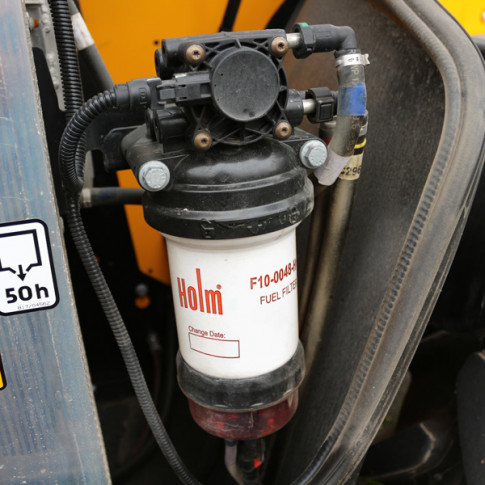 It is important to understand there are two types of fuel water separators. Typically, they can be classified as Tank Mounted and Engine/Machine/Vehicle Mounted. Whilst the purpose of both is similar, the way they function is different.

A Tank mounted water filter uses a Microglass or Cellulose media which is designed to remove particulates and detect free or emulsified water. When water passes through these filters, the water detection material swells and absorbs the water which causes reduced flow, ultimately completely stopping flow.

An Engine mounted fuel water separator is used to separate the water from the diesel fuel before it reaches to the engine.

The first stage of an Engine mounted type fuel water separator elements uses a special coated pleated paper element to change water particles into large enough droplets that will fall by gravity to a water sump at the bottom of the filter. The second stage is made of silicone-treated nylon that acts as a safety device to prevent small particles of water that escape the first stage to get separated out. This type of filter doesn’t use the same media as the tank mounted alternative and so the risks of not emptying the water from the trap will potentially allow water to flow directly into the engine.

Water and contaminants have a massive negative impact on the service life and performance of fuel injection systems and can cause irreparable damage such as the corrosion of metal components and the development of microbacterial growth within the fuel system. 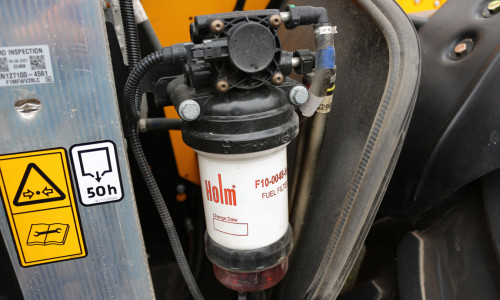 How to Maintain your Water Separator

The key to maintaining the longevity of fuel filters is to use clean fuel which has been pre-passed through a water filter before refuelling a machine. However in the real world, and particularly on construction sites, there is always going to be water present in the fuel. Condensation is constantly forming inside fuel tanks, and this is exacerbated by cold weather. We recommend that, in winter, operators check the fuel water separator weekly and open the valve to drain any water. In this case, prevention is better (and must more cost effective!) than cure.

Back to Latest News